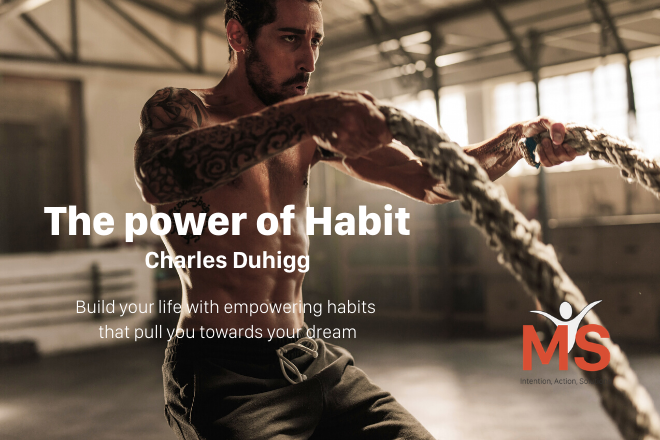 Wondering why you keep repeatedly do the same things or conversely, you’re not sure why you react to something in your environment or around you. Check out this podcast out for more.

The power of sound to trigger a habit

What I wanted to talk to you guys today, while out in shops with my wife, and a particular phone tone rang which triggered an automatic response in me. Now, if you guys know my story, you are aware that I have been an emergency & intensive care nurse for some time now.
In those environments we have the “bat phone”, that red phone standing alone on the desk, centrally so when it rings everyone looks on to (yes, referencing the original batman).

The bat phone is an emergency phone number know by a select group of people such as Paramedics who would call ahead for “real” emergencies, life and death situations bringing in someone. I was out at the shopping centre. I heard the ring tone from a shop we were entering; I felt the adrenaline dumb throughout my body. I felt the excitement start inside of me, ready to respond to what was about to come towards me. I felt my sense tighten, focus sharpen, mentally running through our checklists, all while walking through shop doors. Then it hit me, I had responded like Pavlov’s dog. If you’re not familiar with the story, as soon as the dogs heard a bell, they began to salivate after been conditioned to hearing the bell as they were served their food.

When I got home, I reflected on the day’s events. My biggest take away, “Wow! That habit (hearing the ring tone of the phone) has been so ingrained into me ready for that response despite the environment I was in”. The cue was a phone ringing; it wasn’t the people around me or the environment.

My nervous system responded in a way that I had conditioned it, ready to respond to what was about to come through the door. The reflection got me thinking about what other habits have I developed over the years, are they serving me now? As is with many of you, I’m in a different stage of my life. I thought it is best to take a look at other habits in my life. While thinking over habits, I reminded myself of a book called “The Power of Habit” Charles Duhigg.

“The Power of Habit” Charles Duhigg

If you guys have not had a chance to read this book, it’s a fantastic book. Charles talks about the power of our habits and why we have habits in our lives. Some habits serve us well; some need adjusting or change the mean we have subscribed to them. To make a change, he talks about the three elements of what a habit consists of. It consists of three steps within a loop process.

The steps are the “cue”, the “routine”, and the “reward”. I’m going to talk about my example here of when the phone rang, how I responded with the power of the habit to the phone ringing despite being in a completely different environment.

The first thing was the cue, the phone. It’s not any phone; it was the ring tone. That was the cue for me to prepare for a possible emergency to be on its way. The sound triggered a response which happened at a subconscious level, meaning it was below my conscious mind. Now, the next part, he talks about in the book is the routine.

In this example, the routine was for me to get ready something big is about to happen, and I need to be ready. So my adrenal system got into action, my focus became very narrow. I became prepared to respond to whatever was about to happen that I needed to be alert for. I became narrow-focused. I became ready. I started preparing for whatever was about to come through. So I knew I needed to take the information. This all happened in a split second. I wasn’t conscious of all the thoughts till I realised the adrenaline was running through my veins. As soon as that phone started ringing, the reward that I get is being able to go and test myself in life and death moments. For me, testing myself to that level is also a reward (yes, adrenaline junkie). So how does this help you guys create your dream? Using this example, I started to go back and look at how in my life, what are the other things that I’m doing that I’m not consciously aware of, that I get rewards from? I started documenting throughout my day when I noticed I wasn’t doing something.

I started to find different cues that were happening at various times throughout the day. Examples, it may have been things I did at certain times or like behaviour or emotion which comes up. I used my journal to keep track. To help ease of access, my journal is electronic available across all devices. I do use my tablet with a stylus, which was also beneficial when I was detecting habits as well when I noticed something on the go, I would write a note on my phone and go back at the end of the day to reflect.

For me, keeping that accurate record was quite beneficial, where I started to identify different cues that weren’t serving me. I began to take notes of my routine actions and the rewards I experienced (positive or negative). What I did when I first woke. What did I do to break state when I came home? The excuses I would run through my head when I felt an emotion.

Are you willing to make a change?

Having this information about my habits was hugely beneficial. I had a choice about what I want to keep or to change. Not all cues I wanted to change.

An example, when I got home from a busy day, I felt like I needed to unwind my head. Instead of TV, changed to spending 30mintues learning something new, listening to a podcast on a subject that was beneficial to building this business. The reward was a change in my thinking, getting a chance to relax and use a different area of my mind. When I finished, I changed my reward and would meditate for 2min, to relax and not think about anything.

Simple, yet without the insight, my habits crept up taking my life away from the direction I wanted to go in.

It was certainly beneficial for me when I started to capture the small details in my life in my journal as I was living life. It gave me quite a significant insight into my processes and things that I am running on autopilot (good or bad). I’ve continued to catch myself more and more repeating some of the behaviours that have been ingrained for a very long time. However, I’m seeing a shift moving forward.

I hope that was beneficial for you guys. Check us out on Facebook or on Instagram or the linked in where you can talk to me directly. My website is coming where all my information will be collated, indexed so you can use it as a guide to becoming your best version.

I look forward to seeing you guys soon or speaking with you through the comment section below or the social channels.